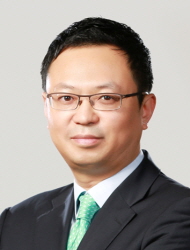 Sinsung (Sean) YUN is a partner in the Antitrust Practice Group at Yoon & Yang. In the field of competition and antitrust, he has represented domestic and foreign companies in matters covering domestic and international cartels including leniency applications, abuse of market-dominant position, business combinations, private damage actions and compliance counselling. His representations covered a variety of industries including auto parts, commercial freight vehicle, air cargo, CRT/LCD, elevator/escalator, cable television, internet portals, credit card, hypermarket, pharmaceuticals, energy, alcoholic beverages and tobacco. More recently, he has expanded his field of expertise to issues related to IT, media and communications, among others, and has represented several multinational IT companies in high-profile antitrust cases before the Korea Fair Trade Commission and Korean courts. Besides practicing law, he has advised the Korea Fair Trade Commission with regard to competition policy in the information technology industry.

Sean received his LL.B. degree from Seoul National University in 1993 and LL.M. degree from Georgetown University Law Center in 2008. He has worked at Howrey LLP’s Washington DC office as a foreign lawyer from 2008 to 2009. He is admitted to the Korean and State of New York (USA) Bars. He is recognized as a leading competition lawyer by Euromoney Legal Media Group’s IFLR Leading Competition Lawyers and as a leading antitrust practitioner by the same media group’s AsiaLaw Leading Lawyers.